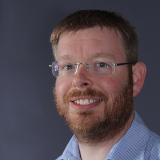 I have not yet managed to get back to my planned 6 week interval between releases, but at least it hasn't been a year since the last release. This release adds a few new features and fixes a few bugs. For the feature changes, I have also refactored the code somewhat to modernize Zoph's code and besided that, many more lines of code are now covered by unittests, which should have a positive impact on Zoph's stability.

Finally, I updated leaflet and mapbox, which are used to display maps in Zoph to the most recent version.

The new version can be dowloaded from the releases page on gitlab.